Not Even Irene Can Stop This 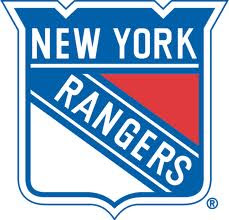 With Hurricane Irene gone thanks to our threats of unleashing Al Trautwig and Joe Micheletti at her so we can try to catch up with what is happening.

Up in Moose Jaw, there will be 23 members of the New York Ranger Traverse City Prospect team very happy that Dylan McIlrath is on their team. According to Discover Moose Jaw reporter Matthew Gourlie, nobody was surprised when:

"defenceman Dylan McIlrath dominated the strength testing as he topped the bench press, medicine ball toss and the broad jump."

Let us get this out of the way now; time to stop the "we could have had Cam Fowler" stuff because for the millionth time, Fowler and McIlrath play totally different games and were drafted by their respective teams to fill totally different roles.

The Rangers have been clear on this point since the made the selection of McIlrath in 2010. Of course Fowler is going to score more points than McIlrath because that is his job.

But McIlrath will be the defensive stopper that Fowler will never be so isn't past time we put the Fowler/McIlrath argument to rest? If anything the comparison needs to be Del Zotto/Fowler since both are supposed to be the offensive weapons from the blueline.

2011 4th round pick Michael St. Croix reports on Monday as his Edmonton Oil Kings open up their training camp. The Oil Kings have some high expectations for this season as their coach Derek Laxdal said in this interview with Cam Tait.

Laxdal is looking at St Croix to be one of his leading scorers as we have heard from others that St. Croix has never looked better.  It is one thing when your own coach hypes you but when scouts are saying St. Croix should be one of the leading scorers in the WHL that gets your attention fast.

We wanted to make sure that those of you wanting to keep track of 2011 3rd round pick Steven Fogarty this season should add the blog "The Three Vs" and the website of the Penticton Vees to their list of places with Ranger prospects.

Hopefully later this week we are going to get someone either from the Vees or the BCHL to talk to us about the league and how a Steven Fogarty will fit in.  In the meantime, Fogarty reports to the Vees camp this week and we are told that he is not attending Traverse City in order to protect his NCAA eligibility.

The BCHL which is the league where Fogarty will be playing in is a Junior A level which the NCAA considers as an amateur league and thus their players can play NCAA hockey.

2011 5th round pick Shane McColgan reports for the opening of his Kelowna Rocket's training camp on Monday. McColgan just might be the one Ranger prospect who will have the most pressure on him as one of the veterans on the Rockets.

The Rockets lost most of their leading scorers from last season's team and McColgan will be looked up to make up the missing offense. We think if McColgan plays consistent hockey then he along with Christian Thomas and Michael St. Croix will put on one of heck of a race for the Prospect Scoring crown.

Andrew Yogan and Peter Ceresnak will start their camp with the Peterborough Petes on Wednesday under former Rangers assistant coach Mike Pelino. Do not doubt for a second that Glen Sather asked for a favor of his old friend and former employee.

Yogan and Ceresnak are going to be much better for having Pelino as their coach.

By the middle of the week, all OHL and WHL camps should be open and we hope to have plenty of news on Ranger prospects.


(Ranger logo courtesy of New York Rangers)
Posted by Jess Rubenstein at 12:40 AM